Before we start we need to create a new file called Localizable.strings (from File – New – Resource – Strings File). Xcode needs one file per language. Next we create localized copies of our files: 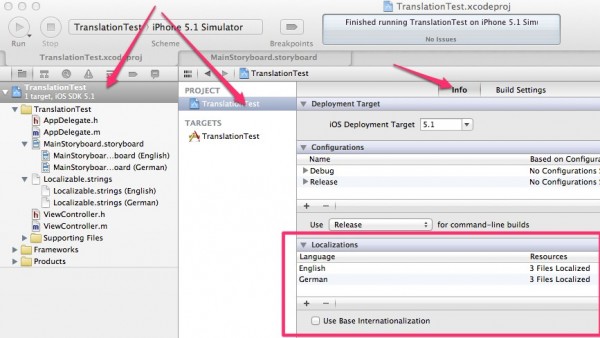 Xcode will bring up a dialogue box and suggest files it can translate. Leave them all ticked (or uncheck the ones you don’t need) and hit finish.

Notice that Xcode has now created the translated files underneath the original files: Storyboards and Localizable.strings: 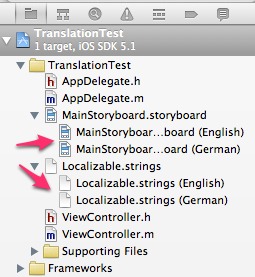 Technically with two languages there are only two files – the first one is just a heading to clarify. Prior to 4.4 Xcode would create a separate folder per language (like en.lproj) and add the files there but that’s not the case anymore.

we’d use the following:

In a Localizable.strings file for English we define

and Xcode (or rather the iPhone) will print out this text when our phone is set to English (under Settings – General – International – Language). In the Localizable.strings file for any other language we can define translations with the same key, for example

This would be displayed when the iPhone is set to German.

You can add other translations to files such as Localizable.strings simply by selecting the file on the left, and then adding a translation on the right hand side under “Localizations” in the File Inspector: 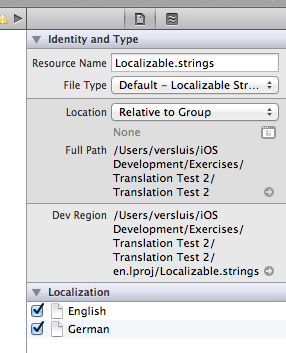