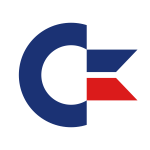 The Commodore 1571 floppy drive powers up in compatibility mode and behaves just like a 1541 drive – unless a C128 is connected and sends it a fast serial transfer.

They did this because otherwise the drive wouldn’t be compatible with the C64 and Plus/4.

The C128 speaks to its attached disk drive when we power it on, and that’s how a 1571 turns on its super fast magical properties. Holding down the Commodore key will boot into C64 mode, and the 1571 will in turn reset itself to 1541 emulation mode.

Lucky for us, we can change this with a simple command, no matter what computer we’re using or which mode we’re currently in. This is done by first opening a command channel and then sending the 1571 the following switch command:

This will let the 1571 behave like a 1571 even when attached to a C64 or Plus/4: format floppies on both sides and enjoy 1328 blocks without flipping disks. Sadly it won’t transfer data any faster because the attached computers just can’t handle it.

Conversely, if we want to use a C128 and have our drive remain in 1541 mode for testing or compatibility, it works equally well.

Rebooting your computer will reset this value. As far as I know, there is no way to test which mode the drive is in before issuing either of the above commands.