How to extend instance storage on Amazon EC2 | The WP Guru 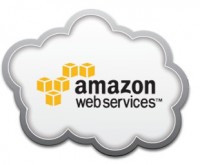 I’ve just launched an EC2 instance from my own AMI. This time however I wanted it to have more storage so I increased the size of my disk space from 10 to 100GB.

Once the instance had launched I’ve noticed that – as before – only 10GB was actually available.

I’ve had this with other infrastructure before, and I knew that I had to extend the volume as well as the volume and the file system for the OS to recognise the extra space.

What puzzled me was the following error message when using the lvextend command:

Was I not using the command correctly? Had I miscalculated the space I had in addition? I checked again with fdisk -l:

Nope, I was right – but lvextend wasn’t happy.

Amazon had already extended the volume – all I had to do was grow the file system:

Let’s check it out:

Sometimes things are actually easier than we think 😉

While we're waiting for those 5 gold Ancient Fruit to grow, I thought it's time for some home improvements. I'm looking forward to a cellar with casks so I can age Starfruit Wine in style. Let's make it happen! youtu.be/S7xRkXT0PAs #StardewValley #Stream

There's a vendor in Mr. Qi's Desert Casino who sells a Statue of Infinite Wealth for one million bucks. Turns out we have that much to spare, so why not pay him a visit and see what that statue does? youtu.be/e19aIlPxOf8 #StardewValley #stream

The last Dwarven Scroll has been eluding me for too long, today I'll hunt for it deep down in our local mines. This means spelunking, slaying and hoeing underground. Anything communicate with the dwarf! youtu.be/BKsIivVtNM0 #StardewValley #stream

@lunarwoodfarm It was such an adventure! In the Skull Caverns I came across fire spewing creatures, once of which dropped an egg. I put it in my coop's incubator, and half a season later a dinosaur hatched. He now lives happily with my chickens 😂

@lunarwoodfarm Me too, those must look so cool 🤩I may have to build another coop, mine is full with 12 inhabitants (chickens, rabbits and a dinosaur).