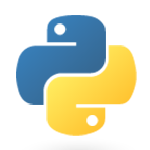 Here’s how I did it.

I’m using a CentOS 6 32 bit system here, but I’ve tried the same on a CentOS 7 64 bit rig. You need to be root or have superuser privileges to do this successfully.

First, we’ll download the package from http://python.org. Head over to the downloads section, then scroll to the bottom and find direct source links to both Python 2 and 3 at the bottom of the page.

This will give us a new directory, in my case it’s called Python-3.5.2 (depending on the current version number). Let’s cd into it and use configure and make to start our build:

If you encounter any errors along the way, it’s likely that you’re missing some packages on the current system. Not to worry, the following should install what you need:

You can use your new Python version in shell scripts by starting your script with a she-bang referencing this version:

To youse Python 3 from the command line, make sure to execute the full path to it, or amend your shell accordingly.

Can I still use Python 2?

Yes you can, in fact CentOS depends on it. The default Python2 installation is installed in /usr/bin/python2.x, with a symbolic link /usr/bin/python.

If you type “python” at the command prompt, you’ll see it’s still version 2:

To run a shell script with Python 2, use the following she-bang at the beginning:

Can I upgrade and replace Python 2 with Python 3?

That is not a good idea, and I’m not sure if it’s possible without compromising the operating system. From what I understand, Python 2 and 3 are fundamentally different. For example, diving 2 by 3 will deliver a rounded integer in Python 2, but a float in Python 3.

Since CentOS relies on Python 2 to work, and expects Python 2 behaviour, I bet there would be issues.

Isn’t there an easier way to get Python 3 on CentOS?

Yes there is – you could install a precompiled package from the EPEL repository, it’ll do more or less the same job:

(But part of the “fun” of working with Linux is to install from source every once in a while).

How to rotate a #HDRI in #Blender goo.gl/fb/fTUaVw #3d