How to force Safari to never open ZIP files again

I love Safari – but it has an ultra annoying habit on new installations: it’s trying to be helpful by automatically unzipping ZIP files. It’s the most unuseful feature ever for a techie ever.

Thankfully we can switch it off – something you only need to do once every 5 years, and hence it’s easily forgotten where and how.

Open Safari and head over to Safari – Preferences. Under the General Tab, at the very bottom, there’s a tick box. That’s the culprit. Untick it and Safari will never unzip those files for you again. 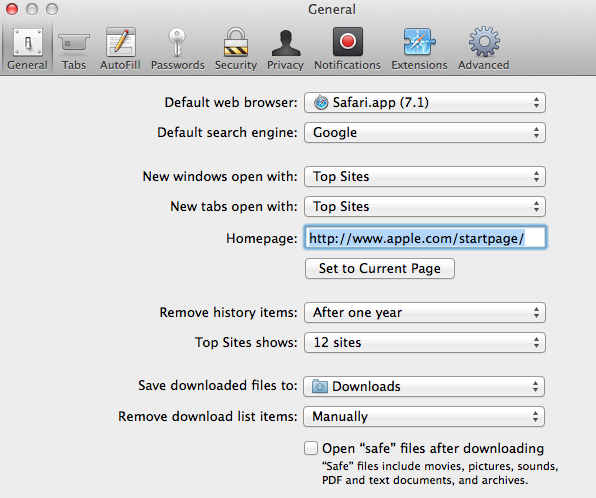 The confusing bit is that ZIP files as such are not mentioned. Mac OS X calls them “archives”.

Unticking this option also means images and video files are no longer opened up as soon as they’re downloaded. Less automation is sometimes more. This is one such case.