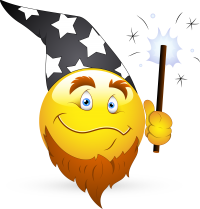 I’ve released a new version of my popular Child Theme Wizard plugin today. Everything remains the same, except for one thing: the parent theme is no longer loaded via CSS, it’s now being loaded via PHP. Let me explain why.

When I wrote this little tool in 2014, the best practice to create a child theme was to load the parent’s style sheet via CSS. This was done with an @import statement, like this:

There’s a better way to get the same thing done by loading the parent style sheet via PHP in the functions.php file. Here’s how it’s done:

So that’s what the update does: switch from the older way of loading the parent theme to the new one. There. Keeping up with the times and all 🙂

You can download the plugin from the official WordPress Plugin repository, or take a look at the source code on GitHub. Enjoy!

This morning we'll take a thorough look at what lies beyond that broken bridge to the west. Come join me at 10am EST! youtu.be/QlPM-IMjHG0 #StardewValley #STREAM #Streamer

How to add the path to #PHP in Visual Studio Code goo.gl/fb/BLwqcP #windows #visualstudiocode

How to create Custom Post Types in #WordPress goo.gl/fb/JAjevo