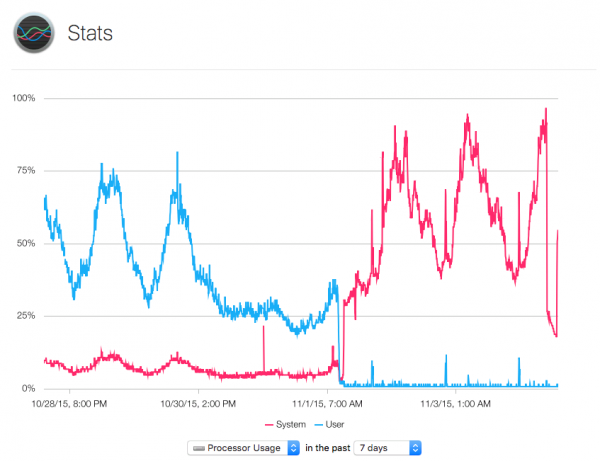 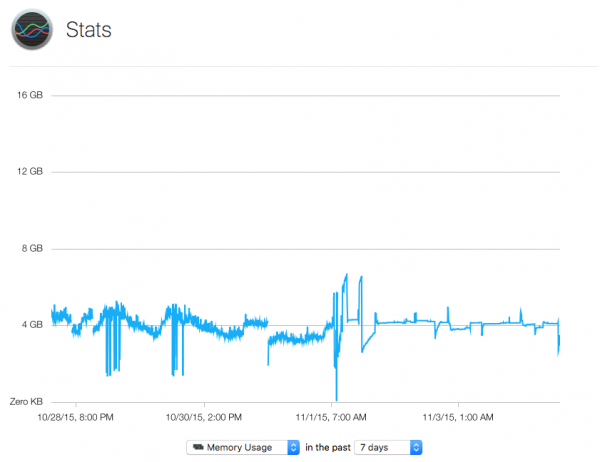 The actual memory usage has never gone beyond 8GB, even though the machine has 16GB available (see above). An interesting tidbit of information though is that the memory seems to be filled and cleared out much quicker under OS X Server than with the VM. That’s to be expected too, because Parallels Desktop will just allocate a chunk of memory that it needs and then administer what’s happening inside without such requests being logged by OS X.

I’m not sure what type of RAM is installed in this machine, but if it’s cheap low-cost RAM, it would explain why I was getting frequent Kernel Panics when the site was hosted on OS X Server. That’s the reason I’ve moved it to a VM, where it appears to run much better.

While memory usage has virtually stayed the same, something called Memory Pressure has increased a lot: 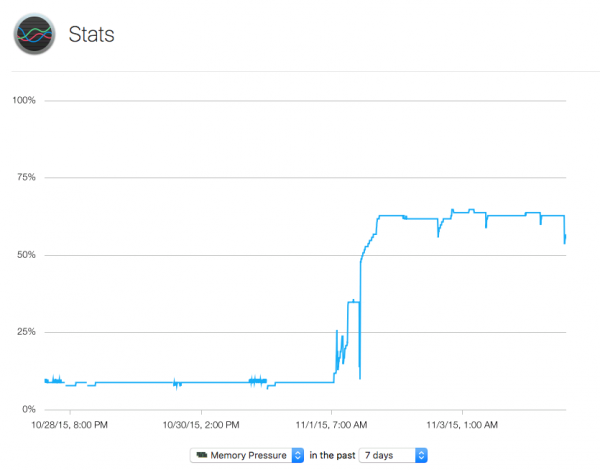 If I understand correctly, Memory Pressure is a feature that was introduced in Mavericks to compress data in RAM. The more RAM is in use, the more OS X tries to compress it if it gets tight. This is great for apps that are in the background, but probably doesn’t apply here.

If you’re curious about Memory Pressure, these articles explain it much better than I ever could:

Before I forget, here’s the hardware I’m using for this