What’s the difference between the Logitech M325 and the M325c 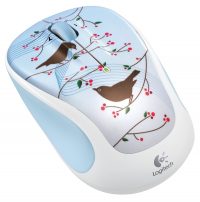