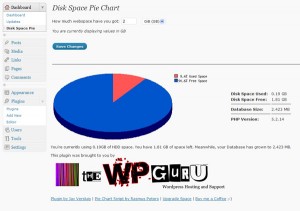 For those of you following comments on my sites via IntenseDebate, I’m sorry to say that I’ve decided not to use the system anymore. I used it here on WP Guru and over at versluis.com to provide an easier commenting experience for my readers and more comfortable back end features for myself.

Turns out it wasn’t all that good for either of us I guess. Let me explain.

Please be aware that you need to re-subscribe to topics if you still want to follow them via email.

I’m as excited as a kid in a candystore! I’ve heard a lot about HyperDB and what can be done with it, and I’ve been thinking how cool it would be to implement it on the sites I’m hosting. And today my friends I’m proud to say that IT WORKS A TREAT!

Let me tell you a bit about HyperDB. It’s another super cool Automattic project fronted by Matt, Andy, Ryan and Blogluftwaffe. It’s a rather complex plugin for WordPress that will let you specify more than one Database Server. In a high production environment your one and only Database Server can get busy or even crash and die – so all websites would be down until you restart it.

HyperDB solves this by letting you specify several servers in the handy db-config.php file. You can set one as master server for write queries and several others for read queries. This means that the master server doesn’t get bothered with read queries while several other servers can deal with those. If one read server dies, the others can pick up the slack. It’s genius!

Before a general roll-out to live sites a little test might be an idea. Currently I have three servers at my disposal and a dev site for testing. All servers are running CentOS 5 in a mixture of 32-bit and 64-bit installations, with Plesk 9.3/9.5 on them. Here’s my setup:

Alex Rabe’s NextGen Gallery plugin is certainly the best there is, even though I find it a tad too complex at times. I love it though, and I use it on all my sites whenever I want to upload a batch of pictures and insert them into my posts with little hassle and great convenience.

One thing that bugs me though is the message that reads

[View with Piclens] above my thumbnails, which gives the viewer a chance to see my gallery as a slideshow. It’s a great feature.

Trouble is, nobody actually knows what PicLens is or what it does – including myself, let alone my readers.

Lucky for us, it’s fairly easy to fix – let me show you how:

I was looking for a solution that displays more than just one advert or banner in one spot. Say I have some space in my sidebar and I wanted to display some adverts there – but I don’t want them to be the same one all the time.

I’d like a solution that upon a page refresh gives me a random banner out of a selection that I can define.

As if these people had read my mind, this amazing plugin does exactly what I had imagined in my dreams:

You can define several groups of banner codes (say one for vertical sidebar banners, one for pre-post horizontal banners, etc). You can add as many groups as you like, and add as many “code-snippets” as you like to each group.

I’ve come acoss this the other day, comes in handy as Facebook Groups don’t have a generic RSS feed. Here’s how you can display what’s new in your favourite groups within your WordPress Site: Make sure you have your Facebook Group ID handy (it’s the last 11 or so numeric digits after the ‘groupid’ tag … Read more